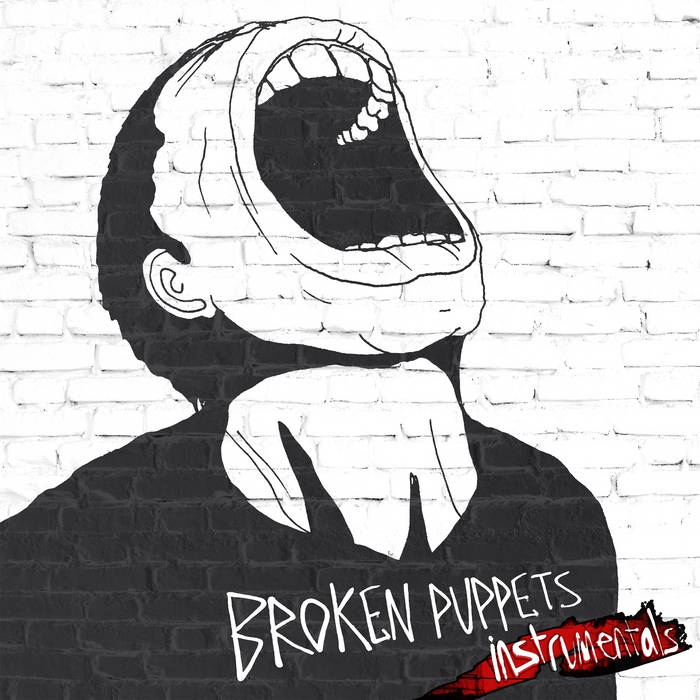 One of the paramount names in underground hip-hop, Germany's Ancient Astronauts aim to show up their American contemporaries with a work that is every bit as forward-thinking as it is old-school. A heady, brewing commixture of hip-hop, soul and elucidating poetry, BROKEN PUPPETS serves as a staggering volley into the radio-ready market, which is sure to find the band an audience beyond their cultishly small and devoted fanbase.

On their fourth full-length LP, Ancient Astronauts, once again, employ the talents of Bay Area lyricist Azeem, master of the seven-rhyme technique. Turning out his self-called “medicine bag” of lyrical formulas, Azeem applies his rhymes like sutures on these 12 soul-seeping hip-hop mash-ups. His work with the Cologne-based duo extends eight years back; the sci-fi hip-hop noodlings on the spacey, sublime We Are To Answer was a sagacious meeting of minds, a work in which Azeem would offer resources of astonishing talent. Since then, he has continued to collaborate with Ancient Astronauts, helping to create multifarious works which amalgamate the various strands of hip-hop and electronica across a broad spectrum. A prolific artist in his own right, Azeem’s work as a solo artist has produced five albums (not including a stellar release with California outfit Variable Unit). His ongoing work with Ancient Astronauts has never been anything less than electrifying and his prominent featurings on this new album reveal even greater heights reached through a collective inspiration.

On BROKEN PUPPETS duo Kabanjak and Dogu, who comprise Ancient Astronauts, exercise a new dynamic in their globe-spanning hip-hop, one that encompasses the bass-heavy exploits of reggae and dub. Tracks like “None of the Above” are generated with the synergistic burn of two uncompromising talents; the Astronauts’ squared rhythm of electro-dub works to contain the strolling lyricism of Azeem’s beat poetry. The turntablist boom bap of “Poetic Occupation” places Azeem toe-to-toe with yet another master of hip-hop lyricism, Divine Styler. Not the drag-out battle rap of the low-brow sort, “Poetic Occupation” sees hip-hop as the province of two intellectually-sound gentlemen, finessing their rhymes with aplomb and class.

At times, BROKEN PUPPETS extends its perimeters beyond the borders of hip-hop-based influences to focus on philosophies arcane and metaphysical. Distilled to a smoking essence, the reggae elements on the cryptic and eerie “We Are Broken Puppets” expands in the atmosphere to create a sense of growing panic; Azeem produces here a language of urban spiritualism, divining wisdom from a constantly shifting environment of street life and its encompassing arts. On an inner dialogue far more personal than he’s ever explored before, the rapper delivers a steady stream of consciousness with “Misfit King”, a memoir in poem that winds risky roads through a life of even riskier persuasion. The Ancient Astronauts return the contemplative favour on “Mash Down Babylon”, meditating intensely on a groove of dub-reggae that trades beat for verse with Azeem’s bruising rhymes.

Allowing other talents into the fold, Ancient Astronauts also welcome the crafts of such artists like Blessed San, whose rich toastings feature on “Mash Down Babylon”, as well as Priest, polishing deliveries of airy stanza on “Shine” and Mustafa Akbar, crooning a lover’s rock of political persuasion on “None of the Above”. Rounding out the production is the cutting and dicing of DJ Brace’s scratches, lending the numbers a coolly knuckled-down finish.

All throughout, BROKEN PUPPETS runs a gamut of groove, either forging a sensuous air on the Africana-dub of “False Charges” or a minimal strip of sound for the spare poem on “Words Can Kill”. It is an album that secures a common ground in the storms of extremes. Between the numinous poetry and the bass-banging beats, it radiates like a third eye, if you will, in the squall of a hurricane.

all music written and composed by Ingo Möll. Produced by Ancient Astronauts. Recorded and mixed by Kabanjak at Evergreen Studio. Scratches and cuts on track 06, 07 and 10 by DJ Brace. Strings on track 04 written by Dan and Deryn Cullen, performed by Deryn Cullen. Executive producer Tom Strauch.

Mastering by Arthur Wnorowski. Cover art by Will Barras