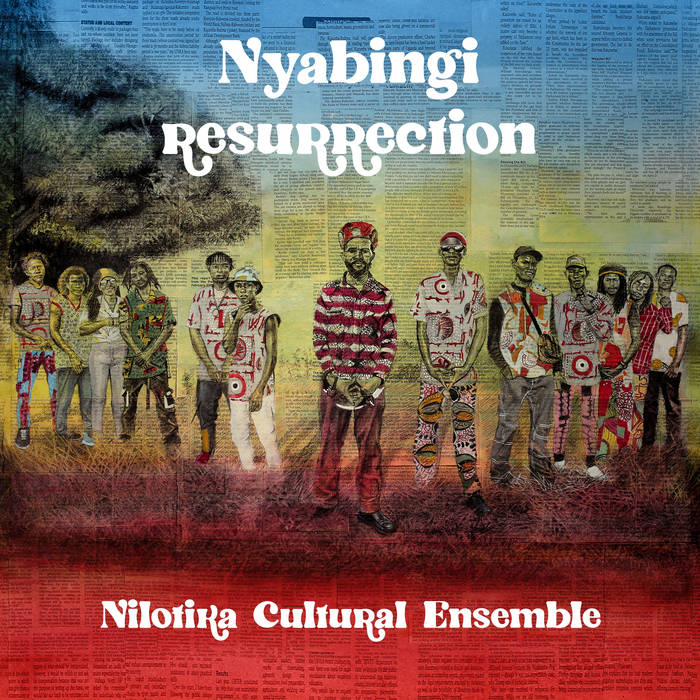 After dropping four advance singles to great acclaim, Switchstance Recordings (Germany) and East African Records (Uganda) are proud to announce the release of the beautiful and historic album: Nyabingi Resurrection.

Support for the singles:

Quinton Scott (Strut Records): “Great release and such an amazing project to reconnect East Africa and the Caribbean like this”

Nyabingi is one of the Mansions of Rastafari, which worships and achieves enlightenment through drumming and righteous living. The Mansion takes its name from the 18th century warrior queen Nyabingi, ruler of an east African kingdom. After being murdered in a royal dispute, a religion formed around her spirit that inspired anti-colonial revolts all over the region. Nyabingi’s followers used intense drumming to terrify the colonial authorities and their collaborators. Her spirit was said to have possessed Queen Muhumusa in the late 19th century, so feared that she was imprisoned for life and a ban on drumming was imposed by the authorities.

A century and a half later, the descendants of Nyabingi are still drumming in the same region of East Africa. One of the most notable groups are Nilotika Tugifa, aka Nilotika Cultural Ensemble, led by Jajja Kalanda. The patterns and instruments they use are the same as their Nyabingi ancestors, but they have evolved and developed their technique, notably including Caribbean sounds and styles influenced by the Mansion of Rasta that adopted their name. Like the Rastas, Nilotika’s culture embraces artistic creativity, community values and clean living as an alternative to the corruption and capitalism prevalent in mainstream Ugandan society.

Working with Switchstance Recordings, Nilotika have for the first time ever recorded an African Nyabingi drumming session at East African Records studio in Kampala, Uganda. The session was captured over two weeks, using local instruments and the full ensemble of around 15 people, including friends and family. The results are extraordinary, combining ancient rhythms, new technology, chanting, drumming, rapping and virtuoso instrumentalists.

Nyabingi Resurrection was recorded in Kampala in 2019. The full album will be released digitally on 19th November 2021 and on vinyl in early 2022.