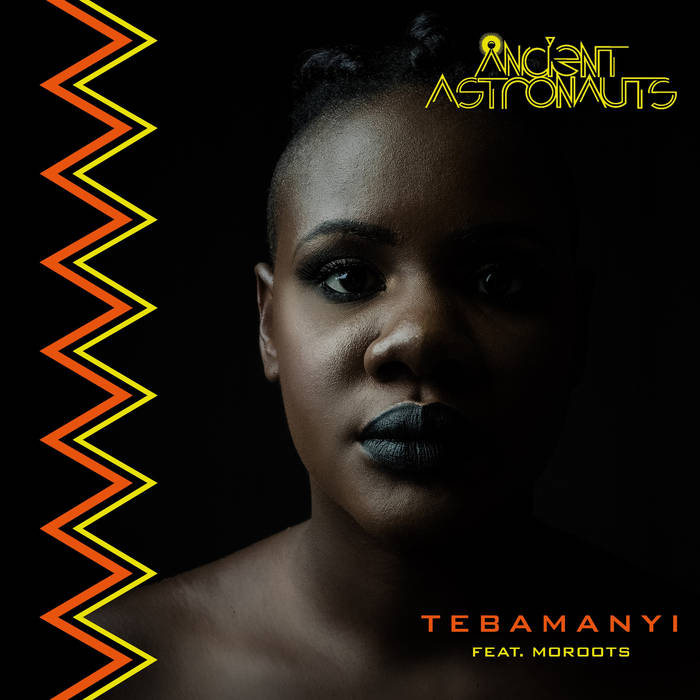 Production duo ANCIENT ASTRONAUTS have announced the release of their latest single, ‘Tebamanyi feat. MoRoots’ on the 6th of November. The single is taken from their groundbreaking Afro-European album ZIK ZAK, which will be released on the 22nd of January 2021 via Switchstance Recordings and features a variety of rising African musicians. The album was preceded by the noteworthy Kampala Fire EP and the single Ziinga Zanram.

Ugandan born and London based MoRoots is a fast-rising singer, songwriter, composer, saxophonist, classical pianist who is currently making waves across both continents. The songstress has been supported by several publications including Bella Naija, New Vision, The New Times, Chimp Reports, The Observer and Sofar Sounds.

Radiating with strong feminism and bold vocals, ‘Tebamanyi feat. MoRoots’ is made with deep grooves that keep the listener entranced. An “in-your-face, I-don’t-care” attitude opens the single. However, instead of allowing this rhythm to dominate the single, there is a deep sense of refinement and precision within the vocals that is only further accentuated by the production stylings of ANCIENT ASTRONAUTS.

ANCIENT ASTRONAUTS tell us a little about the joys of working with MoRoots, “She has such an amazing voice and her lyrics are just pure honesty, nothing played or acted. She is just being herself. None of that fake artist character created for the world of Instagram and such, she is pure artistry and a phenomenal voice in one person.”


There's a box, and I don't sit
I can't fit in it,
But i'm not too thin, I'm just that thick
My hair ain't fit
Just right too blue,
Too blue for you, too bad your blind
Blinded by mine
I can't see your hate
You put on me
Hold it far, that far from this
This Golden Heart, Tainted by purity
And all of my scars, my insecurities
They live with me, and I carry mine

Tebamanyi – They don’t know me

There's a box,
And I don't sit
I can't fit in it
I'm just that thick
My hair ain't big
Just right too blue,
But too blue for you