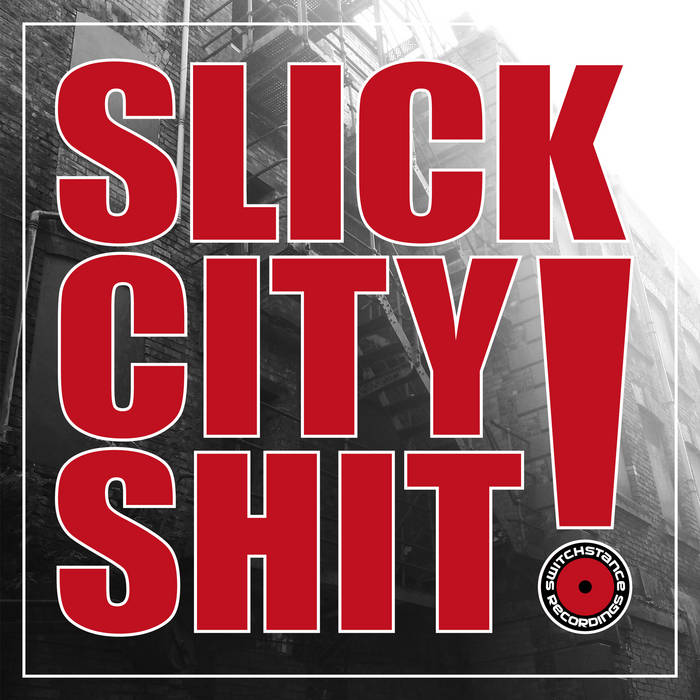 15 years of Switchstance Recordings already?! Time indeed flies when you're having fun.

Within this period, Switchstance Recordings has made a global name for itself as a truly independent label, steadily delivering dope beats, organic grooves and positive vibes. To commemorate its 15th anniversary, label head Tom Strauch has dug deep in the treasure trove of unreleased Switchstance material to break out some real Slick City Shit!

The album presents 20 tracks altogether – unheard remixes of classic tunes as well as recent material from the tight-knit family of Switchstance artists: Ancient Astronauts, Deela, Kabanjak and Protassov are all featured here, presenting their trademark styles in-between Hip Hop, Dope and Broken Beats, Reggae and even some Cumbia or Afro House.

Among the featured guests on the compilation there are vocalists such as rappers Asphate (USA) and Motormouf (UK) or singer Sitali of Thievery Corporation as well as collaborating producers like Poldoore from Belgium and DJ TouchNice (USA). Remixes are delivered by Dubbzy & Conbud, Razoof and the Switchstance bunch themselves.

Clocking in at 71 minutes, Slick City Shit! represents the Switchstance Recordings spirit at its realest: Informed by the past while embracing the present, head in the clouds with the feet firmly on the ground, never giving in to the short-term trappings of musical „trends“ but sticking to the vision laid out 15 years ago. Time may fly – this Slick City Shit! does too.