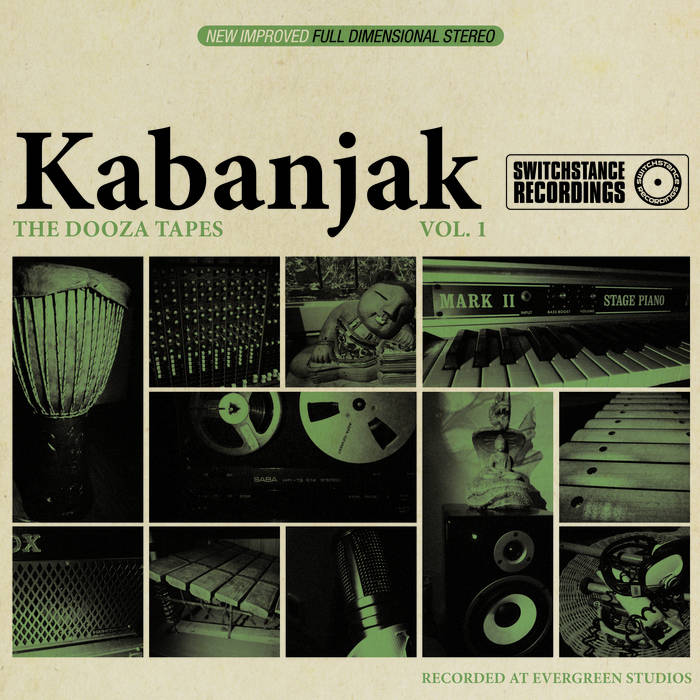 Remember the Doozers? These tiny creatures were the leprechauns of Fraggle Rock, steadily building intricate structures amidst all the chaos of Jim Henson's puppet series. In the early days of Switchstance Recordings, their trademark builder helmets inspired a nickname for Switchstance producer Ingo Moell – and thus, Dooza was born.

Dooza has since become one of the many monikers of Moell, who's been providing beats, loops and tunes for Switchstance from the very start. But while his other aliases and projects – such as Kabanjak, Deela, Ancient Astronauts or the upcoming Broken Puppets – follow a more serious approach, Dooza rears his helmeted head in the most peculiar ways.

The Dooza Tapes Vol. 1 is a Kabanjak album in the tradition of those beloved old beat cassettes, presenting tracks and tunes which have come together over the last eight years. Whenever the Dooza strikes, there is bound to be a dirty, funky and dope sonic result. Instead of bricks and mortar structures, Dooza builds heavy grooves with a strong foundation in Hip Hop.


After Grow by Kabanjak meets Protassov (2005) and the Kabanjak album Tree Of Mystery (2010), The Dooza Tapes Vol. 1 marks another solo album effort from Kabanjak for Switchstance Recordings. A true studio nut, he combines playing real instruments like guitar, bass, flute, piano, drums and percussion with his very own approach to sampling from the most varied sources.

With its 15 skits, tracks and proper songs, The Dooza Tapes Vol. 1 is a journey into the realms of the Dooza – funky, funny, deep, dope and different. Speaking of different: Upon release there will be a beautiful Jazz-themed vinyl edition of the album, strictly limited to 500 pieces. Not bad for such a tiny dude with a giant helmet full of weird sounds and wired rhythms.