We Are To Answer 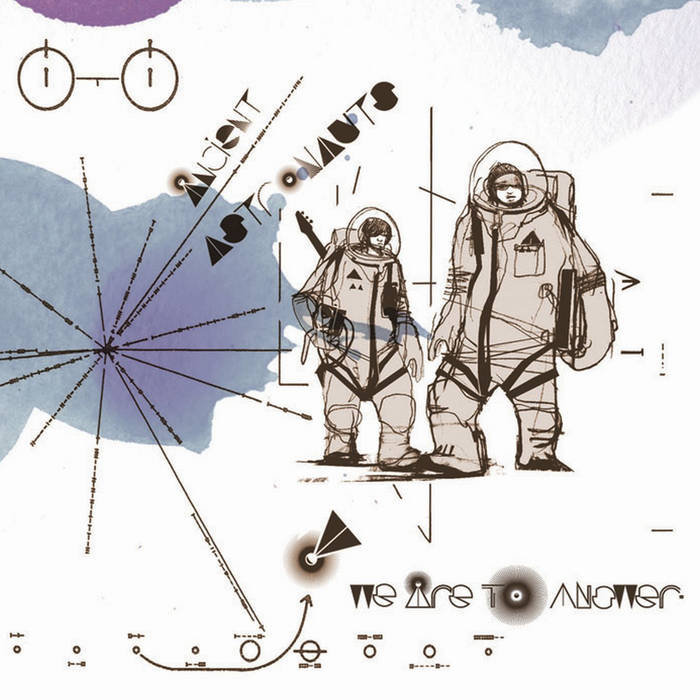 This is the official Re-Release of the debut album by Ancient Astronauts, which was originally released on Thievery Corporation´s label ESL Music.

“Bridging the gap between library beats and straight-up club funk ain’t nothing but a Saturn Ring for the Ancient Astronauts. Prehistoric space explorers probably built the pyramids, so it’s no surprise that they’ve got the right stuff when it comes to making those moon booties bounce!”
Wax Poetics Magazine/USA

“Yes, this is a slice of great German hip hop.”
BBC Online (UK)

“The album is a beautiful slice of hip hop ingredients, dub-tinged spices and jazz chili sauces, all blended into a heady stew of breakbeat wonderfulness.”
Lostinasupermarket.com

"Melding old school hip hop, funk and dub-reggae with forward thinking flair and production, the duo of Kabanjak and Dogu come from Cologne with a fresh take on quality, contemporary hip hop with soul." Ibeats.co.uk

" The Ancient Astronauts bring a very refreshing sound to the table.
Being that I work in the music industry, I'm given a lot of music from
new artists....too much music from new artists. Majority of the CD's
I'm handed bore me after about 5 seconds, but the Ancient Astronauts'
music stands the test of "substance." They really capture a certain
vibe that is nostalgic to classic hiphop beats but with their own
twist. Their collages of sound really bring you to another world...a
world that I enjoy."
J57 (Fat Beats NY/Brown Bag AllStars/USA)

Ancient Astronauts are Kabanjak and Dogu.

All tracks produced and mixed by Ancient Astronauts at Evergreen Studio. All instruments played by Kabanjak, except DW drums and Zildjian cymbals on track 4 played by Ulf Stricker. Guitar and cello on track 7 played by Entropik. Entropik appear courtesy of Striking Media Music. Scratches on track 1, 2 and 6 by Mighty Maigl. Mighty Maigl appears courtesy of Trust In Wax.