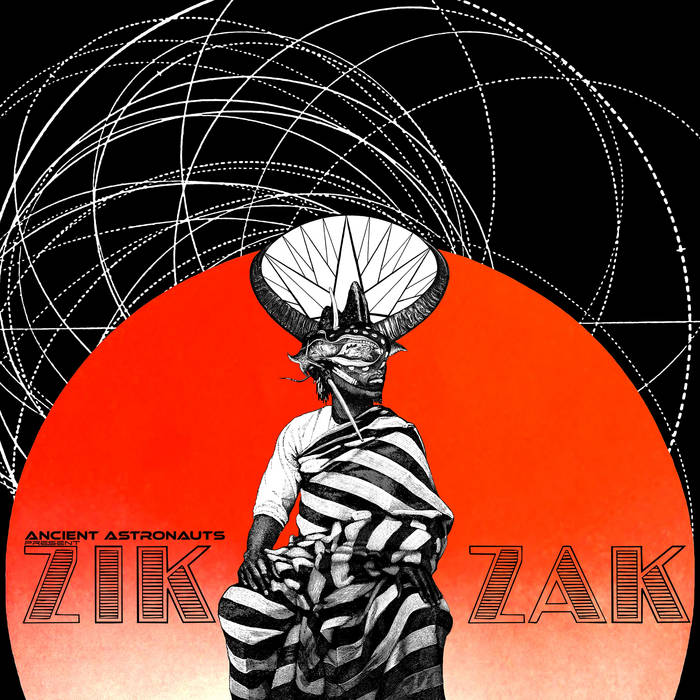 dsyndicate1 Absolutely wonderful!! Love the range of styles and artists I think the most play is gonna be Ddala ft. Spyda MC!! I've flipped LP1 over twice already and getting ready to flip 2 over again!! Thank you for my experience!!

“Yes Yes & Yes. Thanks for the connection. This is lovely music. I have a bi daily stream on Twitch. These will get lots of play on the shows!”
Osunlade (Yoruba Soul / USA)

“Boom shot! Wicked tracks. I love your Sonics and production sound. Lots for me to rinse.”
Dubmatix (CAN)

Over three years in the making, ZIK ZAK is an African musical odyssey, featuring some of the freshest talent from nine countries on the mother continent. Tying this remarkable range of artists together are German production team ANCIENT ASTRONAUTS, weaving the vocal talents of the African singers into their distinctive “Boom Dub” sound. Drawing on Hip Hop, Dancehall, Roots Reggae, Bass Music, Soul, Electronica and Breakbeat, the production incorporates live instruments and musical influences from all over Africa and its diaspora.

The concept behind all these tracks is ZIK ZAK (“Zig-Zag” in English), mapping out each artist’s life of tragedy and success, in a context of global inequality and ruthless capitalism. This album responds to the urgent need to understand the daily struggle for survival by creative artists and musicians from the global south. Each artist gives a unique voice to their rocky way through the contemporary African landscape, revealing a new perspective from a different city, country, religion, and ideology. This is ZIK ZAK.

It's easy to forget how much harder it is for artists and musicians to survive away from the relative comfort of the richer parts of the world. In Africa, employment levels are shockingly low and the welfare state non-existent, so that most artists live in a state of constant precariousness, with nothing to fall back on when the music industry fails to pay. Yet the mainstream African music industry constantly feeds us a capitalist wet dream, with fantastical images of artists living a “bling-bling” lifestyle of fast cars, swimming pools and supermodels with inflated chests. The artists featured on ZIK ZAK have all rejected this preposterous mythology, instead bringing us real messages from their everyday lives, demonstrating more talent, creativity and authenticity in a single album, than in a lifetime of over-produced, commercial music videos.

In ZIK ZAK, particular focus is on the intense and vibrant scene in Uganda, where local, mutant forms of Afrobeats and Dancehall have evolved away from the more familiar, globalized products of Nigeria and Jamaica. ANCIENT ASTRONAUTS established a base and partnership with local studio East African Records, allowing them to dig deep in the wells of talent in Uganda’s capital, Kampala. Elsewhere, they established friendships and musical relationships with enlightened artists as far afield as Mozambique, Nigeria, Tanzania, Kenya, Burkina Faso, Togo, Guinea and Senegal, in many cases meeting the artists in person. DOGU, the DJ of ANCIENT ASTRONAUTS, toured East Africa twice with artists on the album, spreading the gospel of ZIK ZAK across festivals, clubs and bars in the region. Even in their hometown of Cologne, the production team engage with diaspora artists, recording the percussion for ZIK ZAK with the African drummers and percussionists of DOGU´s party series Family Affairs Cologne – Afro Urban Club Session.

The ZIK ZAK project has provided these underground African artists an opportunity to reach a new worldwide audience, building on the success of ANCIENT ASTRONAUTS. This German production duo – aka DOGU and KABANJAK - have been working together since 2001, producing and touring with some of the biggest names in the alternative music scene: The Pharcyde, Tippa Irie, Akua Naru, The Jungle Brothers, Raashan Ahmad, DJ Brace, Nickodemus, Thievery Corporation, BANTU and many more. They are respected for their ethical and activist stance, as well as for their ground-breaking music: recently they were commissioned by Pulitzer-Prize-winning author Ian Urbina to work on the soundtrack to his important environmental book: “The Outlaw Ocean”.

For the ANCIENT ASTRONAUTS, this new album is an important project both musically and ideologically. In their own words: “With ZIK ZAK, we want to give a platform to young talents from Africa that are too good to ignore – they must be heard internationally. Africa is our motherland too, in the end. Civilization comes from Africa and that´s where rhythm comes from. After too many years of slavery and exploitation of the African countries, it is time to shine light on the great talent of Mother Africa.”

All music composed by Ingo Moell.

Produced by Ancient Astronauts. Mixed by Kabanjak at Evergreen Studio.

All instruments & programming by Kabanjak.