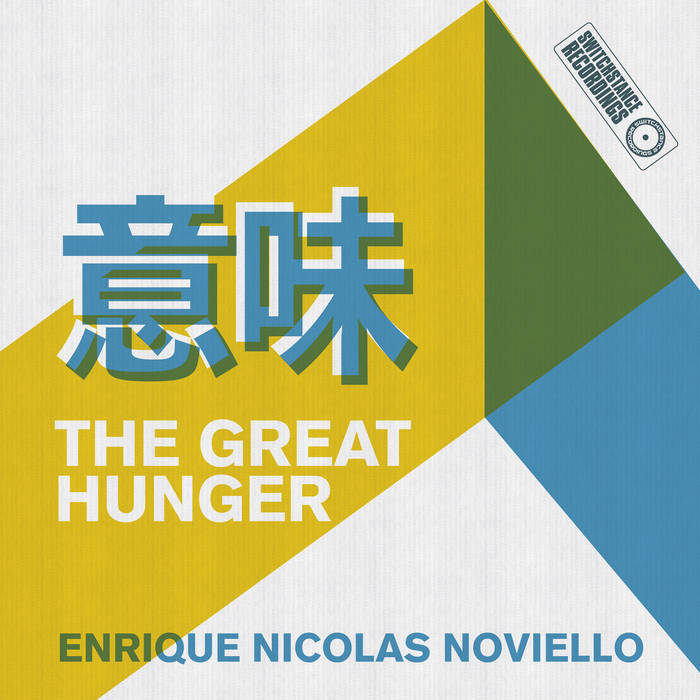 The Great Hunger is not so much an album as a vivid experience: a live soundtrack in which we move between rooms populated by cabaret acts, rap poets and mesmerising musical echoes of Latin America. On this journey, our guide is maverick composer Enrique Nicolas Noviello, Argentinian saxophone maestro from the avant-garde tango band El Juntacadavares, who’s been sharpening his teeth on the underground gipsy jazz scene of Antwerp since 2001.

The set begins with “In Scena” - a smoky downtown bar, the crowd idly chatting over cocktails. Mellow tango flavours the night, getting those toes tapping while the ghost of Jelly Roll Morton drifts like smoke overhead. A door opens at the back of the bar into the “Derrumbe” room, an edgy Rasta smoking den, where dub bass contends with a bandoneon (concertina) and a mournful pianist.

Rapper Azeem takes the stage for “Money”, accompanied by a full brass band and Broadway singer Junior Akwety, hollering his guts out against the spirit of capitalism. Azeem’s flow struts an easy line between poetry and pimpin’. Standing out from the instrumental soundtrack vibe of the album, “Money” is a timeless anti-capitalist vocal anthem, its bitter protest delivered with a rich musicality drawn from the 1930s and 2020s in equal measure.

The bandoneon is back for “Belgrano”, a mournful homage to a lost leader or perhaps those lost at sea; but there is no nationalism here, just a haunting sense of things past. Rattling drums and planes passing overhead inflect “Urquiza” with a tight funk urgency, ratcheting up the tension. The melancholic strings of “In Scena (Solo)” begins as an evocative neo-classical composition before morphing into a smooth, introspective jazz number – the soundtrack to a bittersweet romance.

The stoned tango of “Viejo Zorro” is kept on its feet by Noviello’s virtuoso saxophone and blunted surf-rock guitar. This moody vibe continues through into “Tiburon” where heavily tremolo-ed guitar spars with glitchy concertina notes, all underpinned with the insistent and edgy tango jazz drumming.

For the last reprise of “La Scena (Waltz)” we are taken on another extraordinary journey through orchestral strings to the Latin American dancehalls of generations long-gone, before ending on a joyously upbeat, romantic finale. “Sativa” rounds off the set, with squelchy synth bass and drifting tango melodies sending us into deep space like Gotan Project filtered through a kilo of high-grade weed.

Exquisite live studio production conveys the full range and beauty of the instruments. The arrangement is tight and masterful, belying Noviello’s lack of formal music education. Sometimes haunting, sometimes edgy, often romantic and always virtuoso, this is an electronically-infused, highly-eclectic jazz soundtrack to a David Lynch noir film that is still to be made.

New sounds from Mavi, Ivy Sole & Moderator, plus AJ, the One joins the show, for her latest release